Year 2017 began with January frosts with temperatures up to -15 ° C, which helped us deal with various animal pests, but at the same time delayed the vine cutting until February. Similarly to 2016 also the year 2017 was marked by late spring frosts at the end of April and May. Our location, 200 meters above the seashore, has  saved us again from more serious damage, since only the vines cut back on lower head, or growing in frost pockets got affected. As if that would be not enough, early July hail damaged the gentle vine leaves and green berries, which luckily healed during further maturation. It was a dry vintage: the rain in in May was only 18.6mm and in June 21.7mm, with temperatures in June regularly exceeding 30°C.  Fortunately, abundant rains in July, August and September ensured at the last minute optimal maturing of the grapes. Despite the low rainfall the pressure of mildew was quite strong. Thanks to the thorough checking of the vineyards and timely spraying between June and July we prevented mildew and the crops remained healthy until the end of the season. In terms of quality and maturity of the grapes we can expect a very good year. 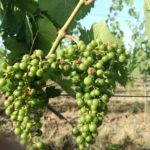 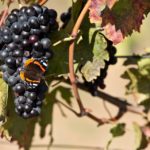 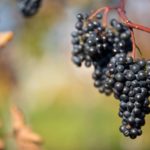 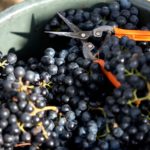 After years of studying and familiarization with the principles and practical application of biodynamics, including drinking of great biodynamic wines, we officially started the conversion toward certified biodynamic viticulture in cooperation with the organization Demeter.  Biodynamic farming can be considered an extension while also historical predecessor of ecological farming. It focuses on working with the subtle life forces and is based on a holistic approach to the farm as a living organism. 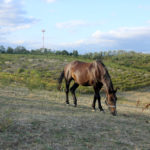 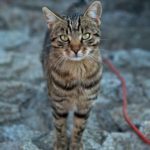 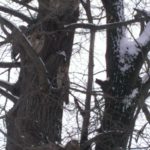 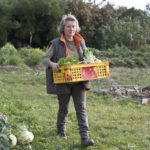 After four years of preparation, we planted a vineyard on the southern slope in the Wolf Valley, which has been named French vineyard, because the Pinot Noir and Gewurztraminer grafts come from France. These grafts represent a so-called mass selection, in contrary to several selected clones, ensuring the genetic diversity and variety of the vines in line with our biodynamic  approach. 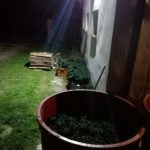 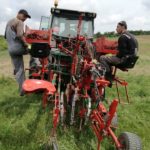 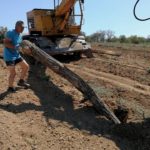 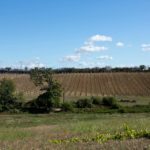 Again, we took part in the RAW WINE fair as well as other international and domestic or activities focused on the presentation and sale of natural wines. Spontaneous fermentation and minimalist sulfiting, as well as not interfering with the natural composition of must or wine, became a standard for us.  Moreover, we entirely refrained from technological steps such as filtering and fining of the wines. Also white and rosé wines are left to clean up naturally, which of course takes time and delays the introduction of our wines on the market. Artisan or unplugged wines are an important part of our portfolio and are gradually becoming our signature products. 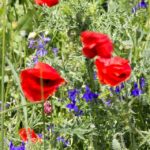 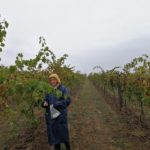 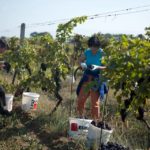 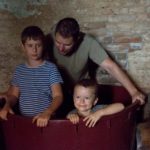 The new cellar, or concreted hole in the ground

The expansion and onset of harvesting of the new vineyards clearly required also expanding the space for grape processing and, in particular, for maturing of the wine. Therefore we embarked on the ambitious project of construction of a new cellar. However, our own resources were sufficient only to excavate the pit and to perform the basic concrete works. Thus far we have only a huge concrete-lined hole in the ground that is inaccessible to us, and we can’t use it in any way. 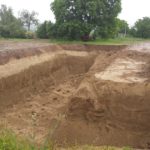 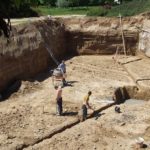 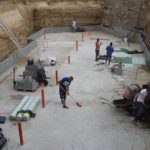 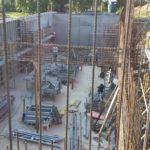 The harvest in 2017 was as usually guided by the slogan “pick before the big rain” which we successfully managed.  The quality of the grapes was excellent although the level of sugar content was affected by drought and the maturity of grapes was better than the achieved sugar indicated. Portugieser has been again picked sequentially three times. The harvest for Carboniq reached a 21° NM sugar content and the subsequent harvest for classic Portugal reached just over 20° NM. We harvested Portugal for rosé in the lower part of the vineyard, were maturing was delayed due to the spring frost, therefore the achieved  sugar content 18.8° NM was rather pleasing.  Exceptional quality Portugieser was born completely unexpectedly in “Pustak” the uncultivated and untreated old vineyard where we harvested in early October found beautiful and healthy grapes with sugar content of more than 25°NM. Further varieties achieved following sugar content (°NM): Veltlíner 20,5; Vlašák 21,5; Devín 21; Dunaj 21; Hron 22; Rosa 21,8 and Frankovka 23. Maxim’s vineyard has reached full fertility this year, and for the first time we have processed 18 tons of grapes, which has caused huge problems with the cellar logistics and we had to be very creative with the use of other available spaces. 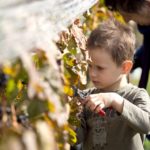 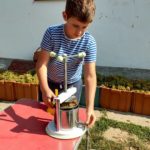 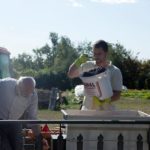 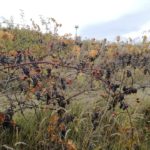