Although we go low-intervention in the cellar, we do not lack the courage to experiment. Our experiments are based on thorough literature search and study, combined with intuition and courage to do things differently. Perhaps the fact of not being influenced by previous experience and practice is helping us as well.

Our goal was to create authentic wines truly reflecting the varietal character as well as our unique terroir and the vintage specifics. Being aware that such wine can be only created from indigenous yeasts, we embarked on this journey, considered in general as risky. Two rows of our Frankovka have been picked only at the end of November 2012 and the grapes were processed traditionally by bare feet stomping. The unsulfited mash, placed in our bed-room, started to ferment spontaneously after five days, despite of the very low temperature. During its 26 months of maturation, this precious wine was disturbed only at a minimum, exclusively by hand. Therefore it received the suitable adjective unplugged.  We saved the deposit from the barrel in which this wine matured in a carboy under a protective layer of wine. We used this deposit containing sporulated indigenous yeasts from our terroir  for the first time to inoculate wine in the 2014 vintage. The fermentation lasted about two days and was running without any problems.

The deposit from the 2012 Frankovka is still saved “just in case” however, since the 2015 vintage we rely on the indigenous yeasts which are naturally present on our grapes from the particular season.

Successful was also the result of our experiment with natural enzymatic processes occurring after the harvest in intact berries, under the protective atmosphere of CO2.

Even if the term macération carbonique sounds very high-tech, it is in fact a traditional method discovered accidentally. While trying to preserve grapes in large clay jars winemakers noticed that the grapes eventually turned into wine with a very pleasant fruity taste. This method has been utilized ever since in the Beaujolais region under the term of macération carbonique. It has been also the preferred vinification method utilized by the French producers of vin au naturel sans soufre, grouped around Jules Chauvet and Jacques Néauport. Also we created our first wine without added sulphur dioxide by maceration carbonique.

Intra-cellular fermentation is the key feature of this traditional wine making approach. Inside the berries complex metabolic processes are taking place guided by the grapes own enzymes, lending the wine its characteristic fruity fragrance and flavor. The berries start to decompose, and the sugar released and partly metabolized by the enzymes (not yeasts) yielding about 1.5-2.5% alcohol. The process terminates after the grape cells die due to the influence of alcohol and lack of oxygen.

At the same time the following processes are taking place in the berries:

After about two weeks the grapes are pressed and the process is carried on by the yeast, which were impatiently waiting on the skins to get finally into contact with the must and perform their fermentation job. Thanks to the combination of these natural processes the wine is finished in about two months after the harvest.

Another positive feature of this wine is that despite of the very fast journey from the vineyard to the bottle it has a remarkable potential for further maturation in the bottle. Experienced winemaker and wine lover Peter Handzuš has commented on the Portugieser 2013 nouveau at his blog: “A year ago it was a quite nice juice but now it has acquired interesting structure, texture and depth” (Facebook 8.4. 2015).  Therefore we don’t need to rush its sale, however, it was sort of funny to sell  two years old “new wine” so we changed its adjective from nouveau to carbonique. 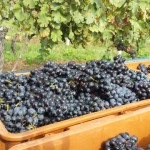 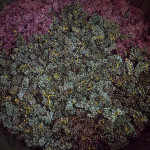 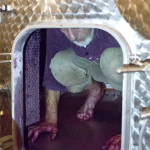 As a starting winery we had to acquire a number of new barrels. We used this opportunity to evaluate, how are the wines from the 2011 vintage influenced by new oak barrels of varying degrees of toasting, and from three different manufacturers. The experiment stretched throughout the usual maturation period of 18 months.

Green Veltliner, which was aging eight months in a new oak barrel made by a Hungarian manufacturer from Tokaj, became the star of our first participation in the day of open cellars under the Small Carpathian Wine Route, as well as during the tasting we organized in January 2013 for an international UN team  in Geneva. We are using oak barrel aging  for part of our white wines ever since.

BlauerPortugieser reached optimal maturity already after nine months of maturing in new oak barrels, however, the wine which was kept in the barrels for altogether 26 months  reached noble elegance reminiscent of Pinot Noir, and received several awards in 2014.

After eighteen months of aging the Blaufränkisch of the great 2011 vintage completely dominated the barrels and incorporated them into its rich structure. The difference between  barrels with different toasting, which has been so prominent at the beginning, completely disappeared. The wine, created by blending of all barrels, received the highest awards at several prestigious competitions, including the international Concours Mondial de Bruxelles 2013. 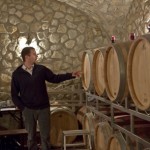 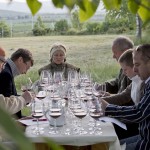